What Happens If I Am Charged With Drug Driving In NSW?

What is Drug Driving?

Drug Driving, also known as Driving with illicit drug present in your oral fluid or blood, is different from a Driving Under the Influence charge (DUI). With a DUI charge, the prosecution must prove that you were actually affected by the drugs at the time of the driving. However, with Drug Driving offences, simply having the drugs in your system is enough, even if it is a trace amount.

What are the Penalties for Drug Driving in NSW?

Drug driving is an offence in NSW under the Road Transport Act 2013 (NSW) which carries a maximum penalty of a $2,200 fine for a first offence or a $3,300 fine for a second and subsequent offence. If you are convicted, you will also be disqualified from driving for an automatic period of 6 months for a first offence or an automatic period of 12 months for second and subsequent offences.

However, if you retain an experience lawyer who has knowledge of court proceedings and the factors that the court may take into account when determining your outcome, the disqualification period may be reduced.

What Happens If I Am Charged With Drug Driving In NSW?

As of 20 May 2019, the police were given the power to issue a penalty notice and issue a 3-month licence suspension for people who were found to be driving with an illicit drug present in their system. This will normally be given once a positive reading on a laboratory analysis is found, which is a secondary test which occurs after the roadside test by police.

However, you may choose to appeal your penalty notice to court.

This is normally done on the basis that you either wish to:

Once you are given a court date, you can indicate one of two pleas to the court:

This means you accept that you are guilty of drug driving and are seeking leniency from the court as to the outcome of your sentencing. This includes receiving a Conditional Release Order (CRO) without receiving a conviction, criminal record or a licence disqualification, formerly known as a ‘Section 10 good behaviour bond. (See below for all possible sentencing outcomes)

This means that you do not accept that you are guilty of drug driving.

There are several defences to the charge of drug driving. (See below for defences)

Should you enter a plea of not guilty, it will mean that there will be an eventual hearing date where the police and witnesses will attend court and provide evidence as to why the court should find you guilty of drug driving.

Should you be found not guilty of drug driving, your charge/s will be dismissed and you will not receive a conviction on your criminal record, nor will you receive a licence disqualification.

You may plead guilty to the offence of driving with illicit drug present in blood/oral fluid if you accept the charge/s against you as well as the ‘facts’ alleged by the police and their version of events. Your matter will then be listed for sentence.

One of the benefits of entering an early plea of guilty is that this shows the court that you are remorseful, which is one of the considerations the court takes into account when determining the sentence and often assists greatly in receiving a lenient outcome.

Another benefit to entering an early plea of guilty is that this allows you to receive a 25% discount on your any sentence that you receive.

It is important to be aware of all the possible penalties you may receive when entering a plea of guilty to drug driving.

The law in NSW states that the offence of drug driving carries a maximum penalty of a $2,200 fine for a first offence or a $3,300 fine for a second and subsequent offence, as well as an automatic period of disqualification from driving for a automatic period of 6 months for a first offence or 12 months for second and subsequent offences.

Pleading Not Guilty to Drug Driving in NSW

Should you be found to have been driving on a road with illicit drugs present in your blood/oral fluid, you may be charged with drug driving. This must be proven beyond reasonable doubt by the prosecution.

The police will determine whether or not you have an illicit substance in your system by first conducting a roadside ‘lick’ test, which will either show a positive or negative reading for illicit drugs present in your saliva. The police may also conduct this test where you have had an accident.

However, one possible way to avoid a conviction is to show that the police obtained the evidence illegally. While police are in the process of carrying out a drug test and getting the sample to a lab for analysis, they must follow and abide by a certain set of rules and procedures. When they have failed to abide by these procedures, the evidence which they obtained may be deemed as illegal evidence and may be dismissed, resulting in a ‘not guilty’ verdict. An example of this could be where police did not use gloves for the drug tests conducted on you and contaminated the sample by touching it with their hands which could have already had samples of illicit drugs on it from handling other evidence prior to conducting your drug test.

To increase your chances of receiving a lenient outcome, it is important to speak with an experienced criminal lawyer who has knowledge of how the court proceedings work as well as the factors that a court may take into consideration when determining your sentence. An experienced drug lawyer in NSW can provide you with advice on what steps you should take to ensure your chances of receiving a lenient outcome are increased.

Rezae & Co Lawyers are specialists in drug driving cases and have received countless results where our clients have received a Section 10 dismissal or a Conditional Release Order (CRO) without receiving a conviction, criminal record or a licence disqualification.

Saba Rezae is our Principal Lawyer and founder of Rezae & Co Lawyers who has practised exclusively in criminal and traffic law for several years. His exceptional results and ability to provide legal service at the highest standard saw him head-hunted by the largest specialist criminal law firms in NSW and was quickly promoted to Senior Lawyer before establishing his own practice.

Don't know where to start?

Get a free 30-minute consultation

Rezae & Co Lawyers are experienced in taking traffic matters to court, whether our client is falsely accused of a serious offence that they did not commit or our client is guilty of the offence but wishes to receive the most lenient outcome possible.

As experienced traffic lawyers in NSW we can provide you with advice on what steps you should take to ensure your chances of receiving a favourable outcome are increased.

We are currently based in Parramatta in Sydney. We appear in Court regularly right across the Sydney metropolitan area as well as the Central Coast and Wollongong. 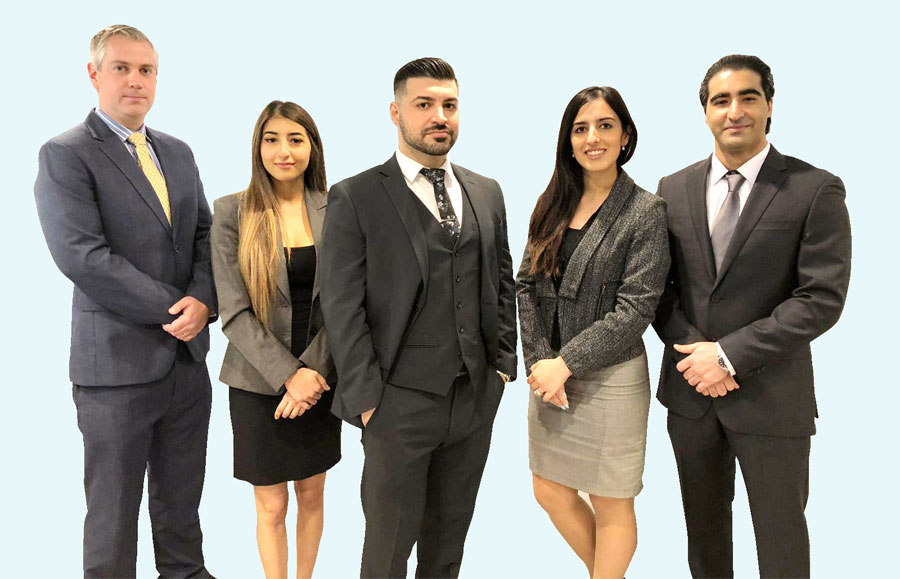 We understand that being charged with a criminal or traffic offence can be a daunting and traumatic experience. We ensure clients understand the entire process from start to finish, what options are available to them and the best possible recommended course of action.

What clients say about us

From the moment I sat down with Saba it was clear he is more knowledgeable than most and made me feel at ease throughout the entire process. I would recommend Rezae & Co Lawyers for drink driving or any other criminal offences.

My life had been upside down from past three months without licence. Thanks Saba for your efforts and your expertise. God bless you mate… highly recommend 10 out of 10.

Saba is very professional. He explains all the steps he is going to take to ensure the best possible outcome. He is perfect. I highly recommend him for driving cases. Thanks Saba!

Mr Rezae represented me for a driving whilst suspended matter. He was very helpful and always good for advice. I received a section 10 bond in which is what I was hoping for. Very good firm would recommend.

I was facing 4 x Driving Whilst Disqualified charges and 1 x Obtaining a License By Making a False Statement. Saba managed to get me the best possible result, all charges were dismissed, no conviction recorded and no disqualification was imposed on my licence.

Our lawyers are experts in Criminal and Traffic Law

Call us now
Request a call back
Go to Top